Kiki had the Best time on her surprise weekend trip to Boston. When she got dropped off at Free Dog for what she thought was just another week of Boarding, there was a big, shiny, black, stretch limo waiting. 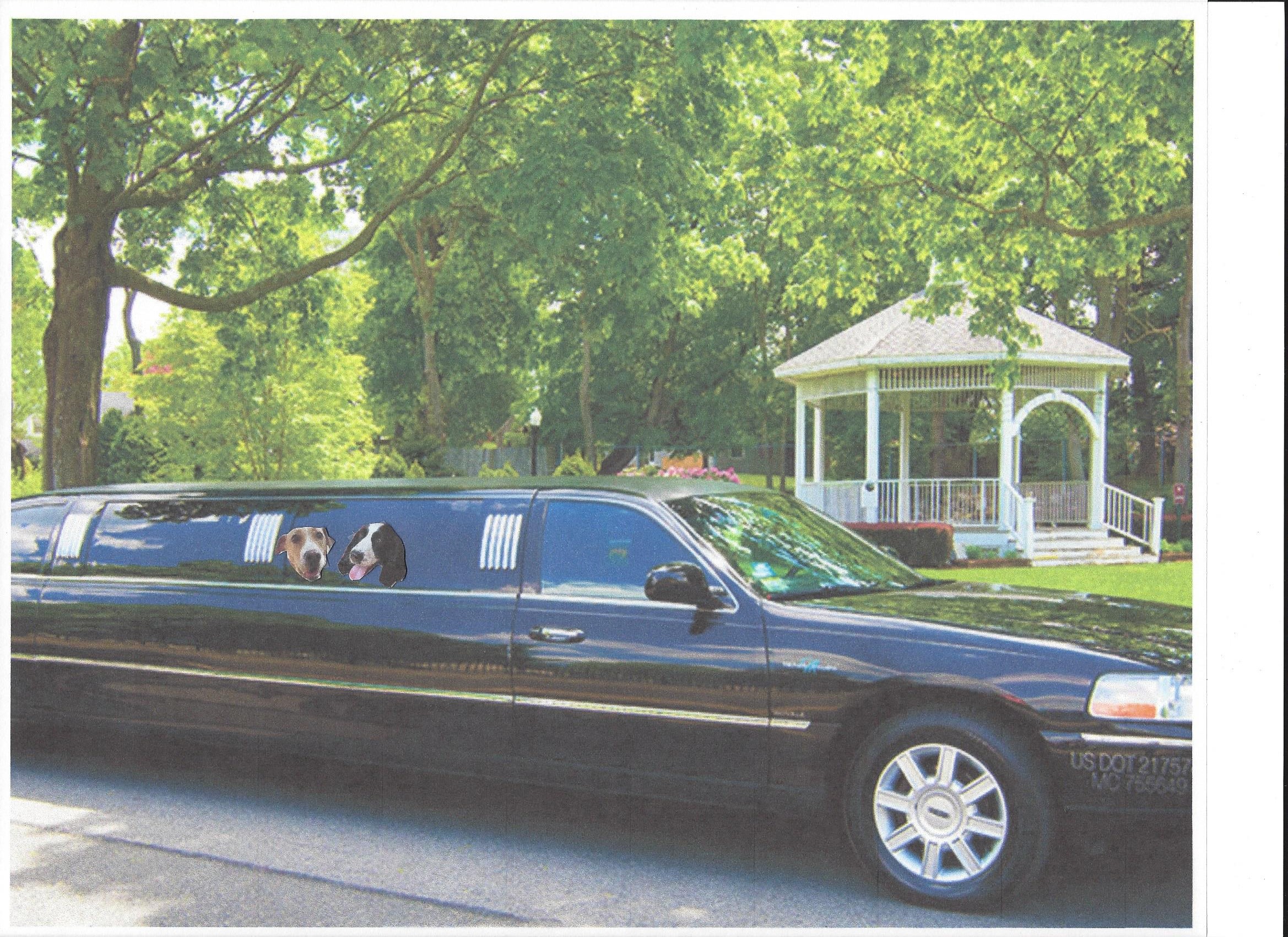 Her and David hopped right in and were whisked away to Fenway Park where they watched the Red Sox play from their seats high atop the Green Monster. Clearly, Dustin Pedroia is her favorite. 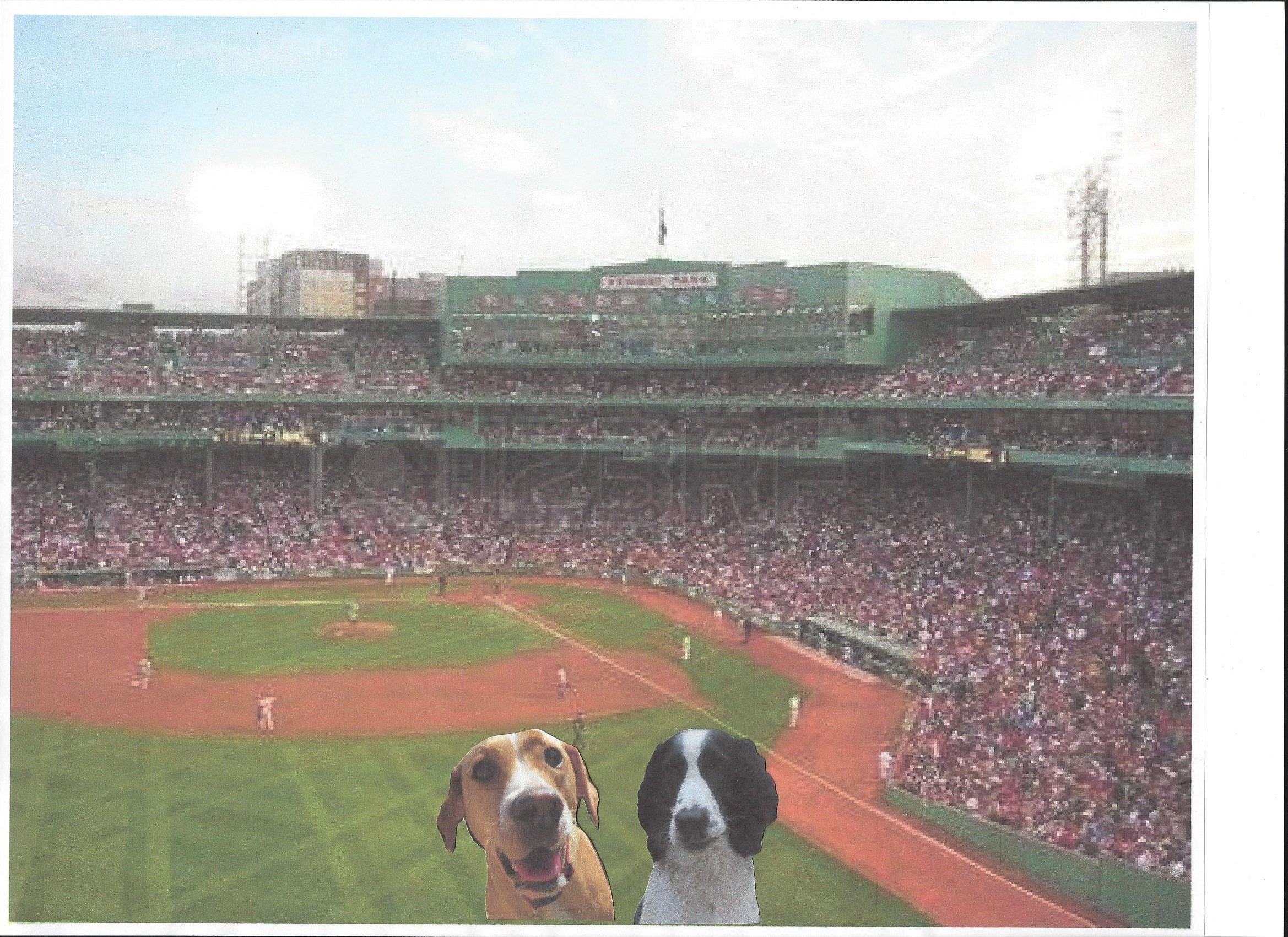 Dave had to go back to work after the game so Kiki checked into her room at the Fairmont Copley Plaza. 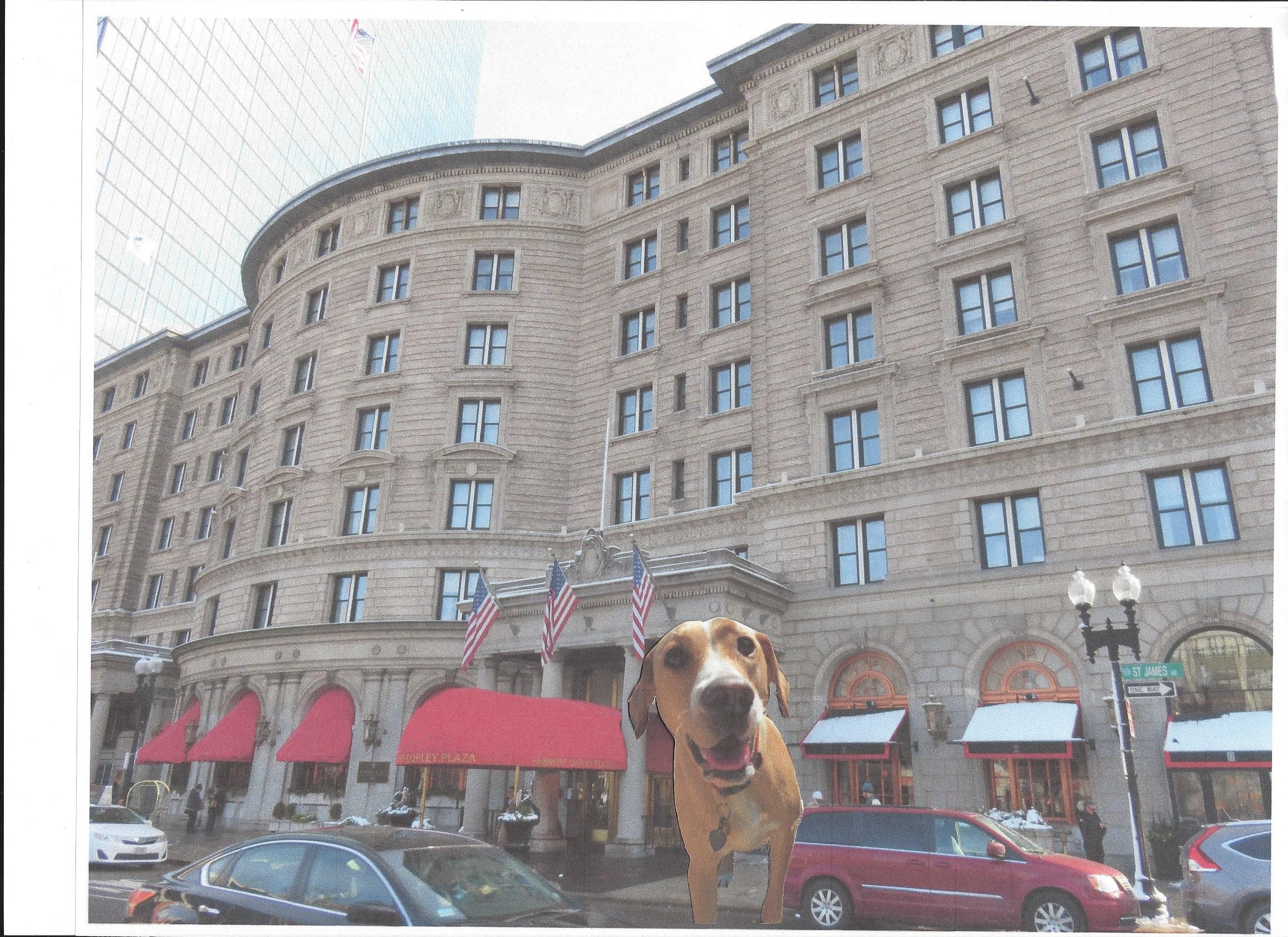 The next day started with a Big Surprise. Her friends were all in on it. They came from near and far: Vienna all the way from Frisco Bay, Harvey from Santa Fe, Harley from Woodstock, Holly came up from Key Largo and David and Waya took the day off to join them all for some serious sightseeing around the city. Most of the day was spent chasing squirrels in the famed Boston Common and Public Gardens, where Kiki, Holly and Harley even went on a Swan Boat ride. They were hoping to go out on one of the Duck Boats, but weren’t allowed. Something to do with not having the right kind of life jackets. After her friends all left, she was ready to return to the hotel for some room service and a good night’s sleep.

She spent her last day in the City checking out some of the other “must see” attractions before heading back to Free Dog. The Bruins weren’t in town, but she got to see the Boston Garden and Pro Shop. She really liked the City’s two most iconic bridges: The Tobin Bridge (aka The Mystic River Bridge), and the Lenny P. Zakim Bunker Hill Memorial Bridge, which she decided was indeed, the most spectacular view of the City. 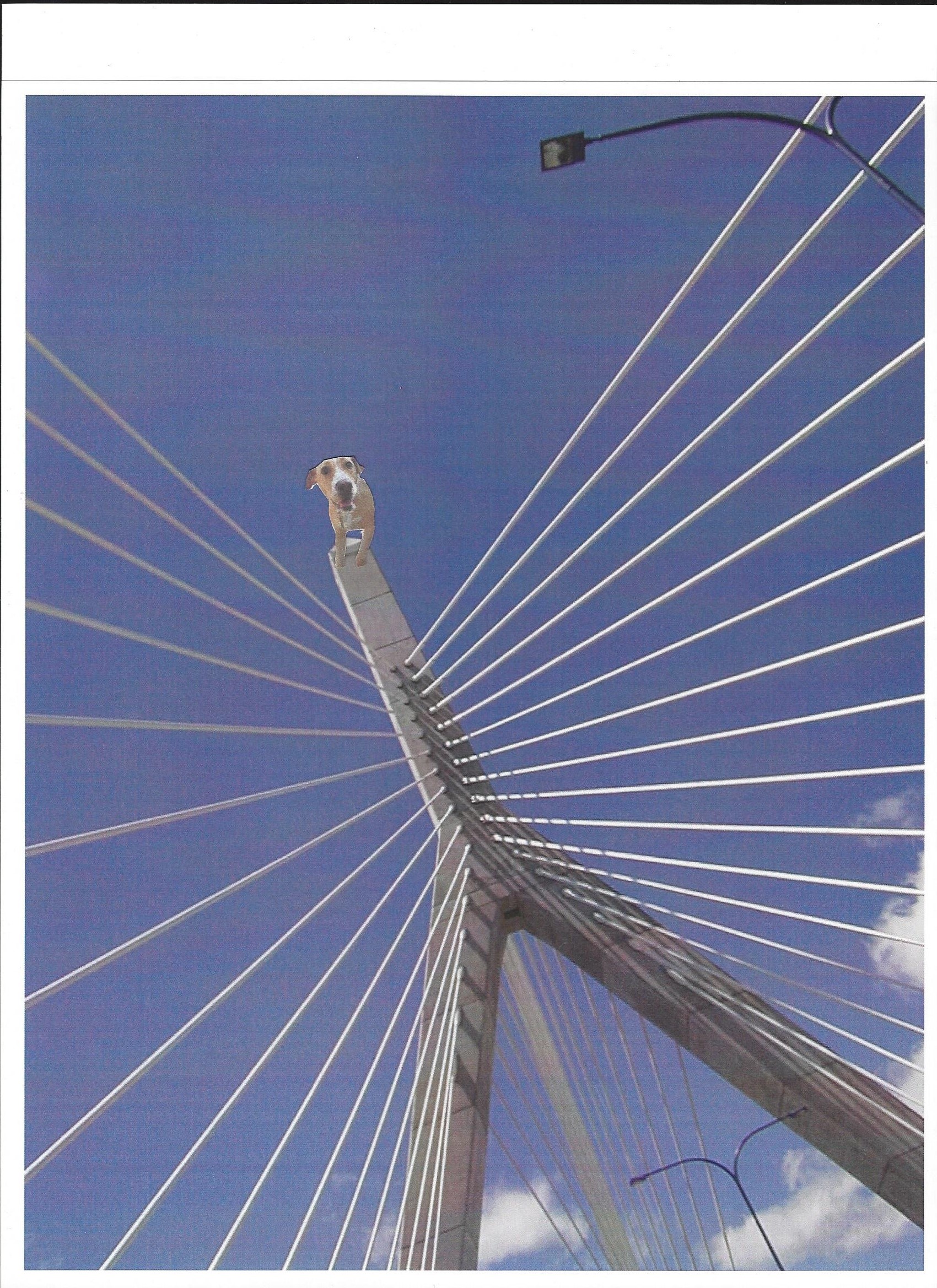